What to do if you suffer from tinnitus

Tinnitus is a very very complex topic so I'm sort of not sure how how deep I should go into this because we could spend hours on this. The question here is this person still has tinnitus for over 20 years and still suffers from it.

I assume, because I had a look at the file, the client has hearing aids. I suspect they were gotten through the pension system and that's important because the way you address tinnitus very much depends on the system. 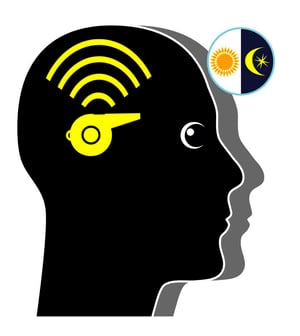 So on the pension system, tinnitus is not really a significant feature of their funding. They do mention it and they would provide you hearing aids for it, but they don't cover things like paying for rehabilitation for tinnitus etc, so it's not necessarily something that will be focused on exclusively or in-depth on the pension system,  so that's that's one little takeaway there.

The second question I would ask is, ‘is your clinician aware that tinnitus is still an issue for you? Because when we set up hearing aids, we set it up to give you best audibility of speech. Tinnitus typically needs additional amplification in the very high frequency depending on where your loss is.

But just giving you sound is not enough if you don't have a comprehensive understanding of how or where your tinnitus is originating from, what are the triggers for your tinnitus, and how you could use the hearing aid or sound in the environment to address the tinnitus.

There's a lot more in it than just saying ‘yes, there's a quick answer’. Tinnitus is not something you cure.

Tinnitus is simply the brain doing exactly what it should be doing but it's connected to an unimportant sound. So essentially what might happen is you might initially have the appearance of tinnitus and very commonly that's associated with very early hearing loss.

It could even be so early that the hearing loss we detect wouldn't be classified as a hearing loss. It might just be a little dip on the audiogram but essentially what that does is drop the outside noises which would normally mask the internal activity on the brain.

So stepping back a bit, each nerve on the brain fires about 100 times a second whether or not there's an input. When there's an input or stimulus, that nerve spikes up and there's electrical potential that shoots up and that sends a signal to your brain.

But where there is no input? Imagine cutting off the blood supply in your hand. You might get pins and needles that you experience in your hand  and that means there's no input from that nerve because it's not getting oxygen and the brain is interpreting that neural activity as pins and needles.

On the hearing nerve that non-activity is interpreted as sound which is your tinnitus. You might initially just experience the tinnitus, then you start noticing it more and more. One of two things can happen - either you can decide to not pay any attention to it, or you could decide that ‘oh this is awful; this is driving me nuts’. You go to the doctor and they say ‘oh, there's nothing you can do about it’. Then the tinnitus takes a role or position from being an unimportant sound, which the brain is allowed to ignore, to something that's very important in the brain cannot ignore.

And because you cannot ignore it, because it's got that negative limbic association, the brain pays more and more attention to it which makes the tinnitus worse and worse and over time.

The tinnitus is there either whenever you think about it, or it could be so bad that doesn't matter what you do, you can't focus off it.

That's where you really need to start understanding your tinnitus and understanding how you can use sound via hearing aids or a noise masker to first of all reduce the importance of the tinnitus which is where the understanding part comes in.

Second of all is using sound in the environment to reduce the opportunity for you to hear the tinnitus which again breaks down that negative feedback loop in the brain. 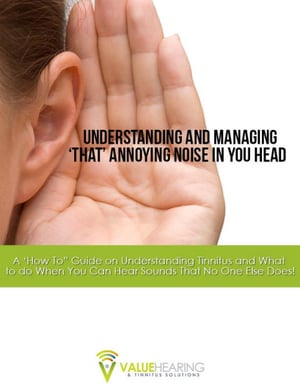 Over time you can get to a point where even though the tinnitus is there, you don't necessarily hear it unless you pay attention to it.

That's a very brief description of a very complex topic. We've got a tinnitus guide on our website which we can send you.

You can also speak to your audiologist about it. As I said it's more complex than just a very quick little answer.

Most hearing aids however do have tinnitus features as far as a mask that could be turned on, but again it shouldn't be in isolation. It should be together with counselling and working with the audiologist to track how you're going with the tinnitus so they can help you manage.  Because you're going to find new situations where we hear it, so you need some explanation, or it might be worse and you just need a bit of encouragement and explanation why that might be the case.

Managing tinnitus is not just a set and forget thing. It's a therapeutic approach that typically takes between nine months and a year until you get to a point where the tinnitus is not as important or not as bothersome for you.