I just want to talk about the interference, particularly Phonak, where other people say they can't hear you.

What happened there with the Marvel, is that the microphone needs to be very sensitive because it's picking up your voice from the microphone and that's quite a distance from your mouth. So they've got to make that microphone very sensitive, which means if you've gone into a lot of noise, you can still hear the other person but they complain they can't hear you.

In that case, you might just want to move to a quiet environment.

Again, that's a generational thing. Not particularly an issue with made-for-iPhones because they can't use the microphone on the hearing aids so they're not hands-free. You still have to speak through the hearing aids microphone itself by holding the phone normally to work.

The other complaint I've seen is when you try to use something like the Marvel or the Paradise using Skype.

What happens normally when you select your Bluetooth audio on the computer, you might select ‘Phonak Stereo’ because that's how you normally stream the laptop into your ears.

But when you're using ‘Phonak Stereo’, the bandwidth, the amount of data that needs to be shared, is very large and it's only a one-way communication.

If you use that protocol to do a Skype call, there's not enough data bandwidth so the pipe's not big enough to let all that data through both ways so it's going to start breaking up and doing all sorts of funny things.

In that case, select the hands-free protocol on your Bluetooth audio and that should improve it because what it does is halves that signal width so half is for that sound coming to you and halves it for the microphone going back to the person you're speaking with. 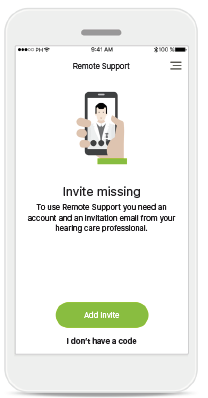 The other issue as they tended to come up and the questions revolved around the app particularly Phonak app. I guess there's just a lot of Phonak out there, so it's not that they have more problems. It’s  just a more popular hearing aid.

What happens is a lot of people seem to find that going into the app is problematic.

Sometimes it doesn't connect, sometimes it's slow to connect but by the time this one person, for instance, wants to change the volume on TV, by the time they get this all working the opportunity for the person wanting to speak to them is gone, or the ads are finished or whatever.

The app is really not designed for this. Yes it's a remote control but it would only really work if that was open all the time which isn't practical.

I simply use the buttons on the hearing aid. You can simply push the down button when it's streaming. It knows pushing down means you want the streaming signal softer but the microphones, which is picking up the voice around you, louder. So, that's a simple way of doing it.

You can turn it back up (the same way). You don't need to fiddle for a phone just as long as the buttons are active in your hearing aids and that's typically the default but it might have been turned off for whatever reason.

This similar issue comes in with muting the TV when you want to speak to someone. Again, finding the app or getting that muted when the wife or someone's coming to speak with you... it's quite simple, really easy, all you do is you push and hold any of the buttons, whether it's louder or softer, for about three seconds.

The hearing aid will go ‘da-da, da-da’, and it will be in microphone mode so you can have a conversation. When you want to go back to the TV, just push and hold again it will go ‘beep’ and the streaming will continue.

If you don't like the hearing aids connecting to the TV connector automatically, it’s a setting we can change. We can actually say ‘automatically connect’ or ‘manually connect’, which means even if you've got the TV on, if you want to listen to it you've got to push and hold the button to connect and then everything works the same.

That's just a preference setting that can be changed. 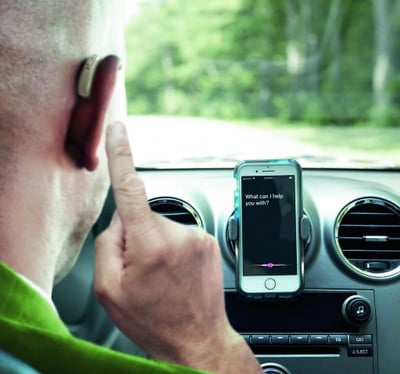 One person just mentioned they lost a function in the Phonak app where they could control their relative volume of the outside noise versus the noise being streamed in the hearing aid.

It's just been moved. If you look at the Phonak app at the bottom right there’s three little lines whilst you're streaming and it will only show up whilst  you're actually streaming audio.

If you click on that, it will pop to that screen as before. Certainly contact us and we can show that to you if I wasn't clear on how that works.

This particular person wanted to play some music on a Bluetooth speaker while the hearing aids connected to their phone and they couldn't do it. They’re hearing the music (in their hearing aids), so they  had to take off the hearing aids, turn them off and try to connect to the speaker.

When you're streaming an audio signal. If you swipe down on your phone from the top right corner, you'll see a little play box with the play button on there.

At the very top right, find the little blue circle, if you click on that you can select your audio source, so you can go from hearing aids to phone, or your Bluetooth speaker if they're connected to your phone, and you can change source there while you're streaming without having to take off your hearing aids. So, again that's something we can show you if you need a bit of assistance there.

And then the last question was the tap control on the Phonak.

So the Paradise has a nifty feature where if you get a phone call, you can simply double tap on your ear to answer, but it can get annoying, particularly when you wear glasses.

I have to turn mine off because as soon as you click the glasses the hearing aid might mute, or it might start streaming or stop streaming or whatever its interpreting that movement as a tap.

There's two ways past it.

The first is your audiologist, through their software, can train the tap to be a little bit less sensitive so just after you tap your ear a couple of times. That might help.

Secondly, in the My Phonak App, if you go to the menu options, you can actually turn off and turn on tap control, as you can also turn on that ‘fixed bandwidth’ or ‘adaptive bandwidth’. Just look at the menus and you'll find it then turn it on and off as you choose.